I was speaking with someone on Face Book. She said something that completely stopped me in my tracks. She said she was uncomfortable with Mary because she was forced to become pregnant and give birth to Jesus! Hang on while I get up from the floor.

I think that the need by some people to turn a profit at church has left Christianity woefully lacking in gatekeepers.

Mary was never forced into her pregnancy. She always had a choice and she chose ‘Yes!’. Luke 1:38 of the KJ bible.

No wonder there are so many lost souls out there. Before we can share the gospel with them we have to unravel the string of lies they have been told.

Seriously. I just-can’t-even… I bet a feminist told her that Mary would have had an abortion if she could have. Believe folks…. Abortions were a ‘thing’ even back then.

Mary was obedient to the word of God. Obedience does not mean mindless or lacking in a will of our own. Obedience is a choice. We make obedience choices everyday. What? How? When we obey our local laws. When we stand in the 15 items or less line and fewer than 15 items. When we recycle or drive the speed limit. That does not mean we are mindless sheep. In fact, we are usually better off when we ARE obedient.

When I was a protestant, there were many misunderstandings passed along as fact about Mary and Joseph, their relationship, the birth of Christ and yes, even His conception. One of the saddest realities of Christianity to face, and the toughest, is the lack of continuity. So much so within Protestantism that there of hundreds of thousands of different denominations because people cannot agree on the word of God! For Protestants I do connect it to their take on sola scripture, the bible alone. Well it’s not ‘the bible alone’ it’s the blind leading the blind much of the time.

Online Orthodox book stores include but are not limited to:

CORRECTION: I’m not sure what’s going on on the video. First he says she went into Solomon’s temple then says no, it was rebuilt several times and the actual temple was one built by Herod? Either way, Zachariah was the priest serving, Solomon’s temple is amazing and worth taking the time to view in the video. Sorry for any confusion!

The second video is a talk on Mary, the Animated Ark. The vessel of Christ.

Feel free to leave a comment on your thoughts.

Thank you Lord for all of the fish days! Here is a LINK to the fasting days for November and December 2020. Basically it’s just the Nativity Fast that is left. Remember, we do not just fast from food but from words and deeds as well. We are trying to prepare ourselves for the coming of our Savior. Fast from watching t.v. or movies or playing video games that are violent or ‘racy’. Adjust reading material as needed. Maybe kick the dog less (joking DON’T EVER KICK YOUR DOG!). Basically everything becomes G rated. Maybe go a bit further and dote on family more. Shop less. No use getting into debt over the holidays.

If you are using the Advent study from orthodoxmom, today is the first study day.

Q. Did you know that Mary lived in the temple from the age of three until she turned 15 and that she was fed by angels everyday?

Feel free to leave an answer in comments. If you never heard this before, what are your thoughts? 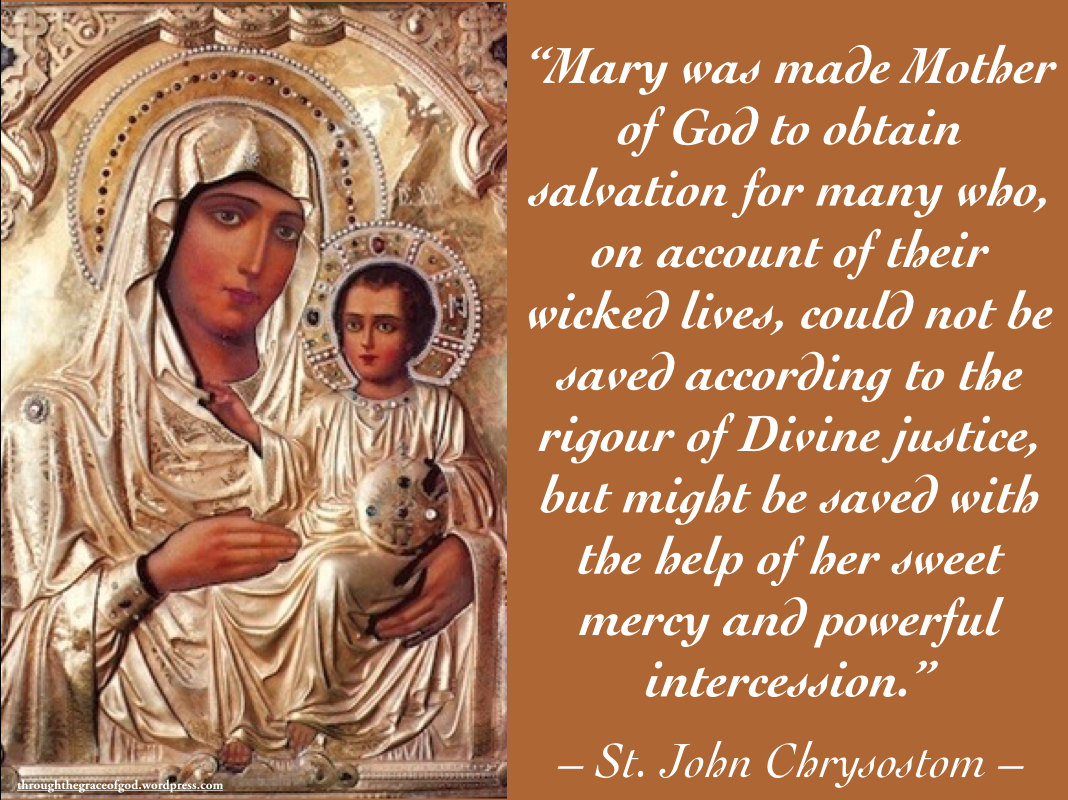