Did you know that the Theotokos (Virgin Mary) prayed for those who were killing her Son? Her beautiful boy, the baby she had carried under her heart for 9 months was hanging between heaven and earth slowing dying as He suffered under the hot sun. The sun He had created.

Have you prayed for, Derek Chauvin? His wife has supposedly filed for a divorce. His home is being vandalized by protestors. He has lost, and will continue to lose, everything- quite possibly even his life when he goes to prison.

Oh how very self-righteous we all can become if we do not guard our hearts. How easy it is to forget that we are all human, we are all sinners, we all fall short of the glory of God.

Before you object to what you are reading and try to justify your sins by saying that they are not nearly as bad as those of, Derek Chauvin take into account that a record is being kept of every careless word you speak, every lie you tell, every judgement you pass, every criticism, every salacious glance and thought. People like to say that Jesus came to take away our sins, and He did, but first we must be humble enough to acknowledge that we HAVE sins that need to be taken away. Too many people have forgotten that, Jesus took us to the next level when He said that even THINKING about committing a sin was the same as actually committing the sin.

Matt 5:28 But I say to you that whoever looks at a woman to lust for her has already committed adultery with her in his heart.   (emphasis mine.)

We cannot justify a single one of our sins. We can however, repent, seek forgiveness and be forgiven. So too can, Derek Chauvin. Derek Chauvin is loved by God. Jesus came and hung on a cross for, Derek Chauvin. Who is loving on his wife and her family while he is awaiting trial? Who is taking food to his wife, holding her hands and praying with her… or even for her? Unfortunately the hate and anger for Mr. Chauvin will extend to his wife and her family although they had nothing to do with the tragic event that took place.

People with evil in their hearts need very little to ignite their wrath. It goes out from them like a wild flame devouring all in its path with no discretion. If there were any discretion, or Christ-like living/thinking, at all in a situation like this, there would be no protesting.

Not too long ago, after yet another school shooting, there was an outcry along social media lines to banish people from not just posting they are praying, but to get them to stop praying at all. We see that in lieu of prayer, for some, more destruction has taken place. Rioting must not replace prayer in America.

Please pray for, Derek Chauvin that God would have mercy upon him. Yes. He should be shown the mercy he did not give to, George Floyd. Not because he is white, but because he too is made in the image of God. He too needs to experience mercy, grace, and love or he is in danger of becoming a lost soul. Is that not a big part of being a Christian? Showing the love and mercy to others they have not themselves shown? So why does the idea of praying for, Derek Chauvin take you by surprise?

If you are a Christian and you believe that Jesus came and died for ALL sin and ALL sinners then you must pray for people such as mass shooters, serial killers, rapists, cops who kill, Derek Chauvin, etc. You don’t have to welcome them into your home and have a meal with them. Jesus has only asked that we pray for them. ONLY. Only is such a powerful word. It seems like it is being used to describe a small thing but in actuality, the word, ONLY can consume us if we are not aware of its true power. I ONLY threw one bottle. I ONLY hit that person once. I ONLY, I ONLY, I ONLY.

Jesus never told us to riot, burn our cities, or attack each other, and yet that behavior is what has prevailed in what is supposed to be a Christian nation. I don’t think America can be called a Christian nation any longer. Yes, there are Christian churches, Christian people, etc. but over all, our national values are not ‘Christ-like’. Too many people have embraced the qualities of the world and called them good.

If the qualities of the world were good, there would not have been a need for, Jesus to come as He did. However, the qualities of the world are not good; abortion, homosexuality fornication- which is sex outside of marriage- just in case you had not previously heard that word, gluttony, greed, rebellion, violence, etc. More and more of these are being taught, and therefore embraced from the pulpit. Many churches reflect the world and not the image of Christ.

Lawlessness in a country begins with spiritual lawlessness in our houses of worship. Time and time again I hear pastors, priest, and lay people express fear over being too rigid when teaching for fear of driving people away. People who go to church are not supposed to be there to hear their sins are ok and all is well. At least, that’s not why they should be going to church. Pastors must stop coddling people. It is destroying our nation. Jesus never coddled anyone and 2000 years later millions of people walk into churches to hear more about Him.

Vengeance belongs to the Lord. I wonder how many people who are hating on, Derek Chauvin are going to be surprised at the fruit their words and actions bring forth? I cannot sit here and say definitively that they will be punished for their words and actions. Jesus is the One who makes that call. Some or all of them may repent which would keep the Vengeance of the Lord from coming down upon them but then again, how many of them are humble enough to realize what they are doing is wrong? How many of them have been TAUGHT how to love their enemies? So much of American Protestant Christianity is about acquiring wealth and power. How many pastors are asking their congregations to pray for, Derek Chauvin? How many are asking their people to pray for peace in America? The action that must be taken by those who seek true reformation is not violence, it is not rioting, it is prayer.

How many people are needed in this prayer you ask? You.

James 5:16 16 [a]Confess your trespasses to one another, and pray for one another, that you may be healed. The effective, [b]fervent prayer of a righteous man avails much.

Do you see those words? ‘That you may be HEALED.’ Praying for, Derek Chauvin could heal you. The people of America need healing, not riots. Praying for people you do not wish to pray for brings HEALING.

Have you prayed the prayers of the righteous for, Derek Chauvin? Not the prayers of a broken, hurting, prideful heart that prays that ‘he would get what’s coming to him.’

Rather pray: Lord, Jesus Christ, Son of God have mercy on, Derek Chauvin and his family. That’s it. that’s the extent of the prayer. No long, convoluted expressions for anything. No showing off. Just that God would have mercy on a fellow sinner.

Praying for God to be merciful to, Derek Chauvin is not condoning his actions. It is not declaring solidarity with him. It is the fruit of your Christian faith. It is obedience to God and the teachings of Christ. It is being more than hearers of the word.

James 1:22-25 22 But be doers of the word, and not hearers only, (there is that ONLY word again) deceiving yourselves. 23 For if anyone is a hearer of the word and not a doer, he is like a man observing his natural face in a mirror; 24 for he observes himself, goes away, and immediately forgets what kind of man he was. 25 But he who looks into the perfect law of liberty and continues in it, and is not a forgetful hearer but a doer of the work, this one will be blessed in what he does. Emphasis and commentary mine.

Most Christians have prayed the Lord’s prayer. In it, we ask God to have mercy on us and to forgive us we HAVE show mercy to one another and as we HAVE forgiven one another.

“Forgive us our sins as we forgive those who sin against us.” Derek Chauvin didn’t even sin against YOU and yet how much judgement, and not mercy, have you shown to him in your conversations, your prayers, your thoughts, etc.?

Lord Jesus Christ, Son of God, have mercy on me the sinner. 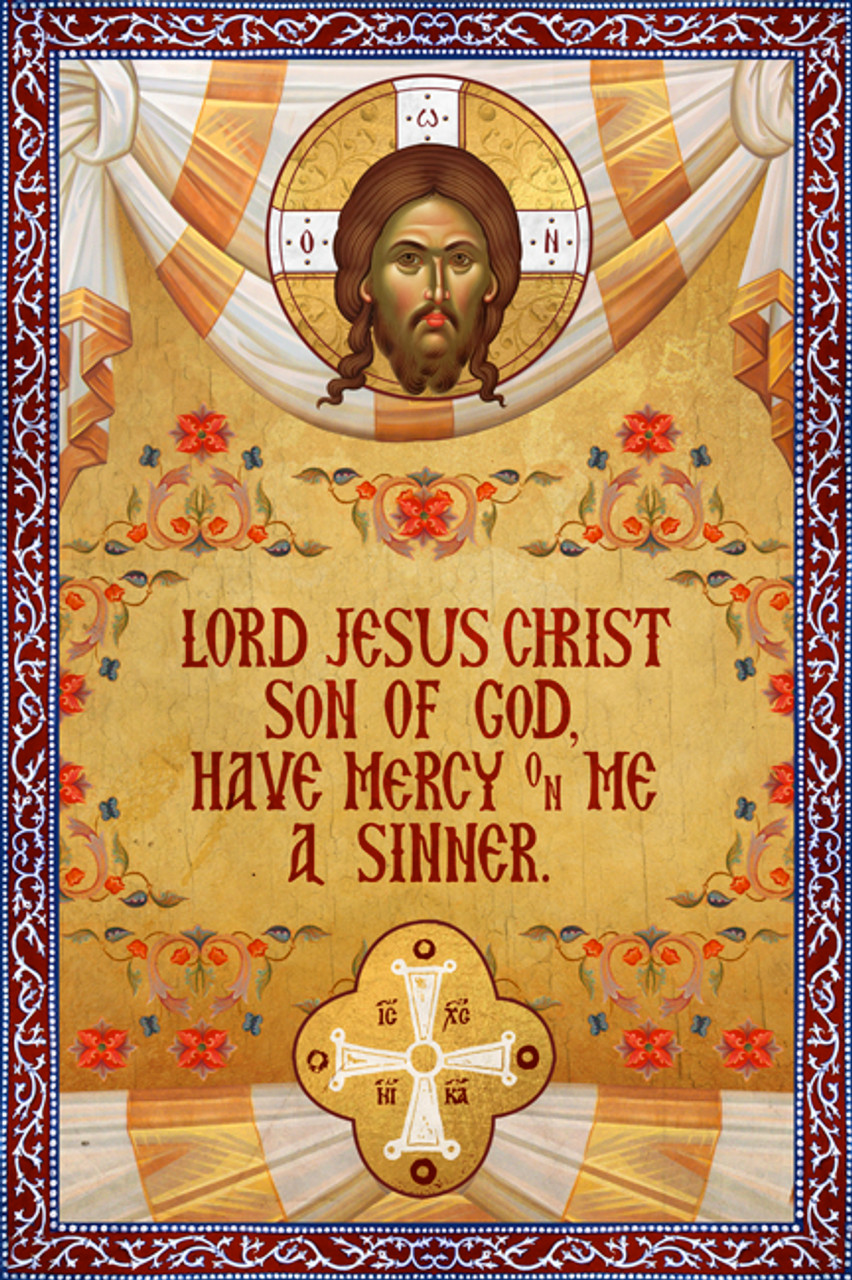 Lord Jesus Christ, son of God, have mercy on Derek Chauvin. There is a reason why I did not declare, Derek Chauvin a sinner. For all I know he has already repented for his actions against, George Floyd. In which case, Derek Chauvin has been forgiven the sin of murder, and could very well make it to heaven before any of us.