The following is taken from the, Women of Grace website:

PC writes: “Can you please educate us about the Muslim philosopher Rumi? I have Catholic relatives that quote him all the time on Facebook. My relatives that are outside the church often respond by “liking” these quotes. Something about these Rumi quotes don’t sit well with me but I can’t put my finger on exactly what bothers me about his philosophy. Thank you.”

What doesn’t sit right with you is probably the fact that you a reading the words of a 13th century Muslim mystic whose belief system is rooted in Sufi pantheism (God is everything and everything is God).

As Catholic Answers explains: “This reduction of everything to a sort of divine cosmic soup means that fundamental reality (God) is ultimately impersonal. The distinction between persons and things is discarded. On the psychological level, if the essential distinction between God and his creation is abolished, then you and I are God. We can, in effect, create our own reality. If this is so, then whatever problems exist in the world are, in the final analysis, self-inflicted, either because we are God and have forgotten it or we’re all one and don’t know it. From the Christian perspective, this is just a repetition of the serpent’s promise to Eve (Gn 3:5).”

Icon of the Holy, Optina Fathers. There IS life in their writings.

In John 14:5, Jesus is challenged by the apostle, Thomas when he asked; “Lord, we do not know where You are going, and how can we know the way?”.

Jesus replied,John 14:6 “I am the way, the truth and the life. No one comes to the Father except through Me.” Jesus did not advocate the reading of ideas by philosophers or poets who were not Christian. The way, the truth and the life are ancient eastern religions; Taoism, Buddhism, part of the pillars of metaphysics (before it was called metaphysics by the west), etc.,  that existed prior to Christianity. This passage of scripture addresses going outside of the Christian faith for answers. Jesus tells us not to do it for He and only He, only Christ, is the path to God. The path to God is a singular path. There are not multiple roads to God. Jesus was encouraging people to give up their pagan beliefs and to follow Him. This is the main reason why Christian converts were hunted and martyred for their faith. They gave up worship of the pagan gods which included worshiping kings and queens and rulers of the cities. Ancient people believed that if anyone in their city did not participate in worship of their gods, bad things would happen. Things such as; famine from crop failure, epidemics, being defeated in battle, miscarriages, etc. When early Christians accepted Christ as their savior, they completely gave up worship of other gods which means they certainly would not be reading Rumi, the writings of Buddha, or whatever the latest metaphysical craze was that came along. Anyone who tried to justify incorporating anything not about Christ, or the gospels, into Christianity was labeled a heretic. Now-a-days, ‘modern Christians’ are reading and preaching teachings that are not based on the gospels while hyperventilating over; Holy Tradition, and people reading about the lives of the saints, martyrs, & holy fathers.

Seek after Holy Wisdom, my friends.

Jesus came into the world to break us out of the chains of sin, paganism, death, etc. Why are so many Christian these days embracing these dead, useless philosophies, and religions which have nothing to do with Christianity? We must abandon relativism if we are to truly seek the Kingdom of God.

If you are one of these people, seeking a deeper connection to God because the way you were taught to worship God and live a Christian life has left you empty, and seeking more… don’t turn to these empty, dead-end philosophies. Explore Orthodox Christianity.

Here is a blog by Fr. Stephen Freeman. You can either read it by topic of interest to you or go in chronological order.

Here is another blog by, Fr. Andrew Stephen Damick. He also has a great podcast about the LOTR and Orthodoxy. Check it out.

Attend ten, yes 10 Orthodox services. We are celebrating the baptism of Christ over the next week. It’s called Holy Theophany. Attend a baptism in an Orthodox Church. Go to the meal afterward if there is one. Don’t worry about bringing a dish to share or not knowing anyone. Just go.

Here is a LINK to a reading list recommended by the Orthodox Church in America.

Here is a reading list recommend by an abbot at an American monastery. Don’t read The Arena just yet. That really should only be read by those seeking a monastic life.

Presently, I am reading, along with some of the ladies in my parish; Words of the Heart

If you are a Christian who is looking for deeper, meatier content, please stop looking outside of Christianity to satisfy those cravings.

2 Peter 2:20-22 …20 If indeed they have escaped the corruption of the world through the knowledge of our Lord and Savior Jesus Christ, only to be entangled and overcome by it again, their final condition is worse than it was at first. 21 It would have been better for them not to have known the way of righteousness than to have known it and turned away from the holy commandment passed on to them. 22 Of them the proverbs are true: “A dog returns to its vomit,” and, “A sow that is washed goes back to her wallowing in the mud.”…

Any Christian anywhere can go back to corruption. No one is safe and extra care must be taken by every Christian to stay on the path of righteousness. I fail to see how your faith in God is strengthened against the world when you read writings from persons IN the world and who do not know Christ as The Way… the ONLY Way. There are no multiple truths. There is only ONE truth. Christ is the truth. Anything written about Him without using the lens of Christianity is a slippery slope leading to dark paths and must be avoided by Christians wishing to rightly understand Him. How can someone who is not a Christian know God? They have not yet been enlightened by the Holy Spirit and therefore are writing from their broken, sinful, and worldly point of view. It is unhealthy for them to write, and for you to read.

If you want to read a book that will challenge you to go deeper in your faith, I highly recommend any of the following:

Wounded by Love: The Life and Wisdom of Elder Porphyrios 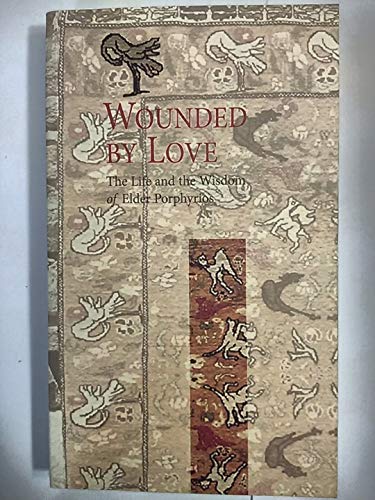 Our Thoughts Determine Our Lives Here is a video you might find useful.

It is good to read and grow in our faith as Christians. It is imperative that what we read is written by those of a strong Christian faith who have lived it, walked it out in every way and know the struggles we all face because they have and do face them too.